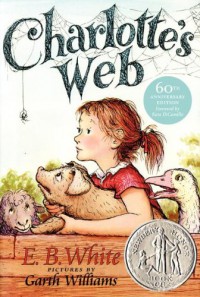 Charlotte’s Web, written by Garth Williams, is a fantastic read. It’s about a girl named Fern who adopts a little pig named Wilbur who becomes best friends with a spider named, Charlotte.  Wilbur was a happy and carefree pig until he finds out that the owner of the farm is fattening him up for Christmas dinner. To stop that from happening, Charlotte uses her web to spell out different adjectives that describes Wilbur. Wilbur eventually becomes a hit at the county fair but will that be enough to keep him safe from the owner? I can have the students describe someone that they love using 3 adjectives!